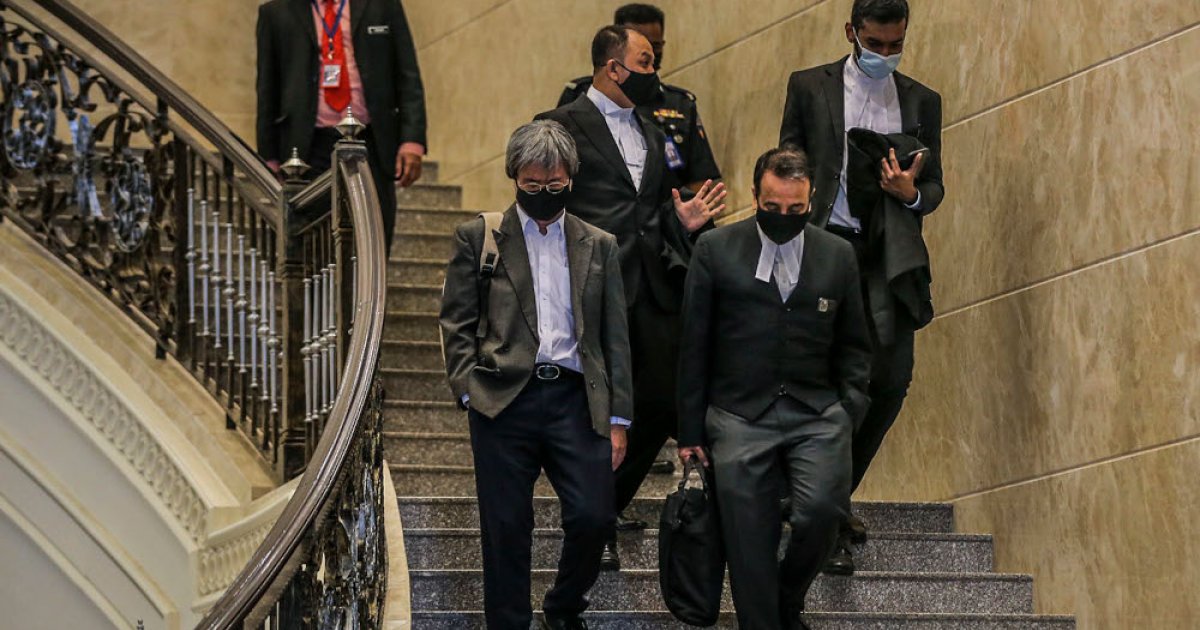 In a statement today, Centre for Independent Journalism (CIJ) once again raised concerns on the overreach of Section 114A of the Evidence Act (Amendment) (No. 2) 2012, especially when the law was first mooted.

“The law, among others, makes individuals and those who administer, operate or provide spaces for online community forums, blogging and hosting services, liable for content published through its services.

“Use of this section further threatens freedom of expression online and presumes guilt rather than innocence of those publishing content online,” executive director Wathshlah G. Naidu said.

Malaysiakini today was found to be guilty under Section 114A of the Evidence Act (Amendment) (No.2) 2012, which presumes Malaysiakini as the publisher of the impugned comments in question.

“This presumption of guilt goes against a fundamental principle of justice — innocent until proven guilty — and disproportionately burdens the average person or entity who will have to defend themselves in court.

“The apex court’s decision today goes to reinforce the concerns we had previously raised around the use of Section 114A of the Evidence Act,” she said.

Wathshlah added that the decision today has multiple implications for the Malaysian media landscape, specifically online portals and the extent of their liabilities.

She pointed out that portals such as Malaysiakini will be held liable for third-party comments, and thus, required to ensure adequate safeguards are in place prior to publishing them to ensure they are not held liable.

“Not only will this be resource-intensive to moderate the sheer volume of comments, but it will also be a form of censorship and curtailment of the readers’ freedom of expression,” she said.

Further commenting on the court’s decision, Wathshlah said the decision against Malaysiakini also raises possibilities that online news portals may remove their respective comments sections to reduce the liability against third-party comments.

“This would mean that readers lose the opportunity to critique, form their own opinions and make dissenting or alternative positions, specifically on issues of public interests.

“This challenges our constitutionally-protected freedoms of expression and speech, which underpins and facilitates public participation and healthy democracy,” she said.

She added that the state’s decision to prosecute Malaysiakini and the court’s decision today sets precedents of further burdens being placed on online media, spelling doom for press freedom in Malaysia.

“Already we are seeing journalists and news portals being investigated by the police and charged in court over their reporting.

“Media operations in Malaysia are more controlled and restricted now more than ever — all since the change of government last year,” she said.

Wathshlah said CIJ foresees the country possibly becoming more authoritarian if the authorities continue to penalise and intimidate the media in this manner.

“We reiterate our previous stand on the need to repeal repressive laws that impact media freedom and freedom of expression — in this case, Section 114A of the Evidence Act.

“As a media watchdog, we stand in solidarity with Malaysiakini and strongly condemn efforts by the State to intimidate and threaten media freedom and independence,” she said.

“This is a sad day for Malaysia’s press freedom.

“Not only will the decision have a tremendous impact on discussions of issues of public interest but it will also deliver a blow to the new media landscape, journalists and media owners,” said its president Farah Marshita Abd Razak.

In addition, Farah said this unprecedented ruling will also bring about more venues for media censorship and delivers a distasteful impact on the media’s continual campaign to fight corruption.

“While we understand that contempt of court is a serious offence, openness to critical views is a sign of a strong and healthy institution,” she said.

Its deputy Asia director Phil Robertson said the decision should instead be quashed.

“Holding an online publisher like Malaysiakini liable for reader comments forces them, and any other online media organisation or platform that permits reader comments, to choose between banning such comments, or over-censoring to avoid liability.

“There is no doubt that the direct result of today’s decision will be a significant chilling of the atmosphere for freedom of speech in Malaysia,” he said.

Expanding on HRW’s stand, Robertson said this decision is a travesty of justice that clearly violates international legal standards for the protection of freedom of speech.

“In its misguided action to protect some sort of sense of lost honour, the Malaysian court has now opened a can of worms that needs to be urgently addressed.

“The Malaysian Parliament should now enact laws to preclude third-party liability for content and/or amend the laws that currently permit such liability,” he said.

He also pointed out that the fine levied against Malaysiakini, which significantly exceeded the amount requested by prosecutors, is clear that both Malaysia’s government and courts are trying to ape Singapore’s tactics to attack independent media outlets, seeking to bankrupt Malaysiakini with an outrageously excessive financial penalty.

“So much for the Malaysian government’s tired, old tactics of pointing their finger at their neighbour and trying to say they are worse,” he said.

“This decision by the apex court sends a very chilling message to all Malaysians and news organisations who believe that free speech is a fundamental right and that independent media is integral to a free and democratic society,” said Bersih 2.0.

Earlier this morning, the Federal Court today sentenced Malaysiakini’s operator Mkini Dot Com Sdn Bhd to a fine of RM500,000 for contempt over its facilitation of five readers’ remarks against the judiciary on the news portal’s website.

Court of Appeal president Tan Sri Rohana Yusuf delivered the decision by the panel of seven judges for the fine of RM500,000 to be paid within three days from Monday.