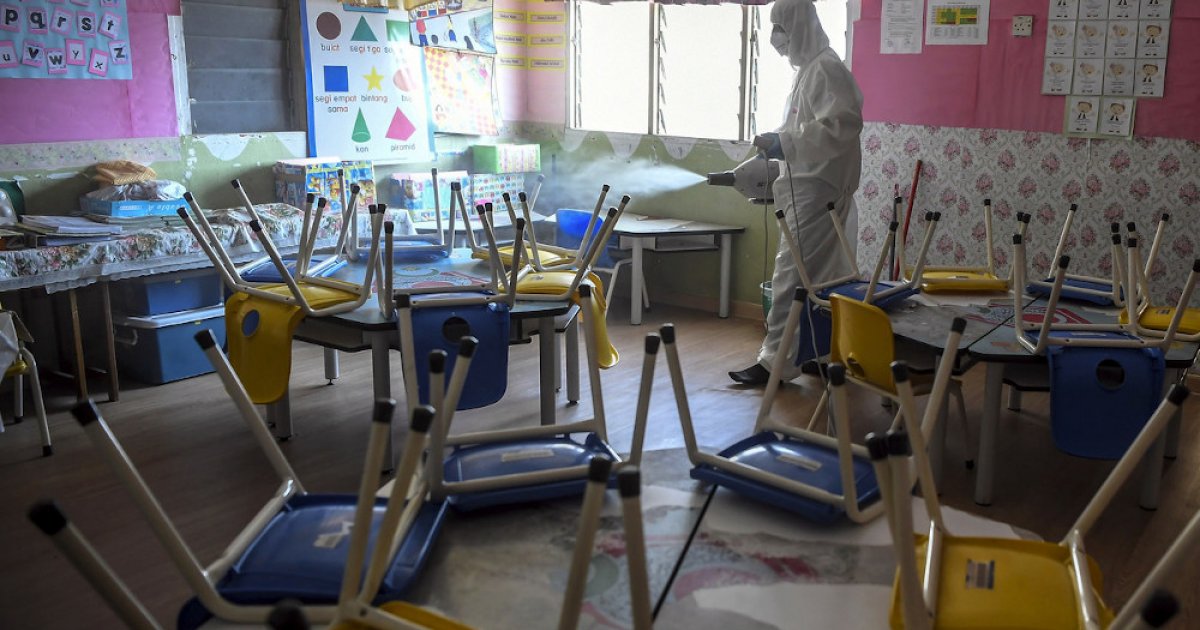 For those in states placed under the MCO, it said, they would not be allowed to open until the MCO is lifted.

“During that period, teachers will continue to implement the home-based Teaching and Learning session,” it said.

The ministry said the opening of the kindergartens concerned would be subject to compliance with the guidelines issues by the Health Ministry (MOH) and the National Security Council (NSC).

Its minister Datuk Halimah Mohamed Sadique also reminded teachers and staff at the kindergartens to always ensure the hygiene and SOPs of children under their care, especially the wearing of face mask and social distancing.

“Parents and guardians who send their children to Taska Genius Perpaduan must also comply with the health protocol and standard operating procedures set by the NSC and MOH, as well as the respective state governments,” she added.

Senior Minister (Security Cluster) Datuk Seri Ismail Sabri on Tuesday said the MCO in Selangor, Kuala Lumpur, Johor and Penang, had been extended for another two weeks until March .

For other states which were previously under MCO, are now under CMCO, except for Perlis, which is the only state under RMCO. — Bernama