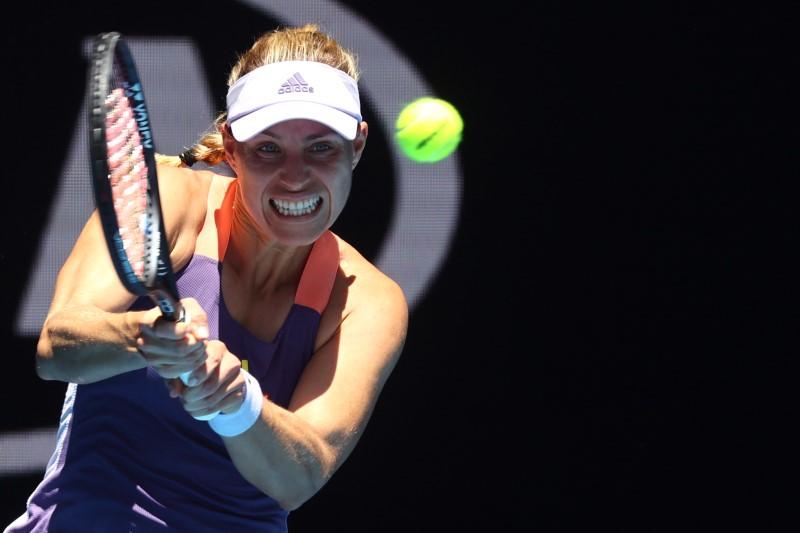 MELBOURNE (Reuters) – Angelique Kerber moved into the fourth round of the Australian Open on Saturday with a 6-2 6-7(4) 6-3 win over Camila Giorgi, extending her unbeaten record against the Italian to 5-0.

The German 17th seed, who won the title in 2016, was barely troubled in the first set as the erratic Giorgi served up eight double faults and 20 unforced errors.

However, Giorgi cut out the misfires and dialed in her groundstrokes in the second set, striking a forehand winner in the tie-break to level the match.

Kerber upped her game in the third set against her 102nd-ranked opponent, breaking the Italian to go up 5-3 before serving out the victory in two hours and eight minutes.