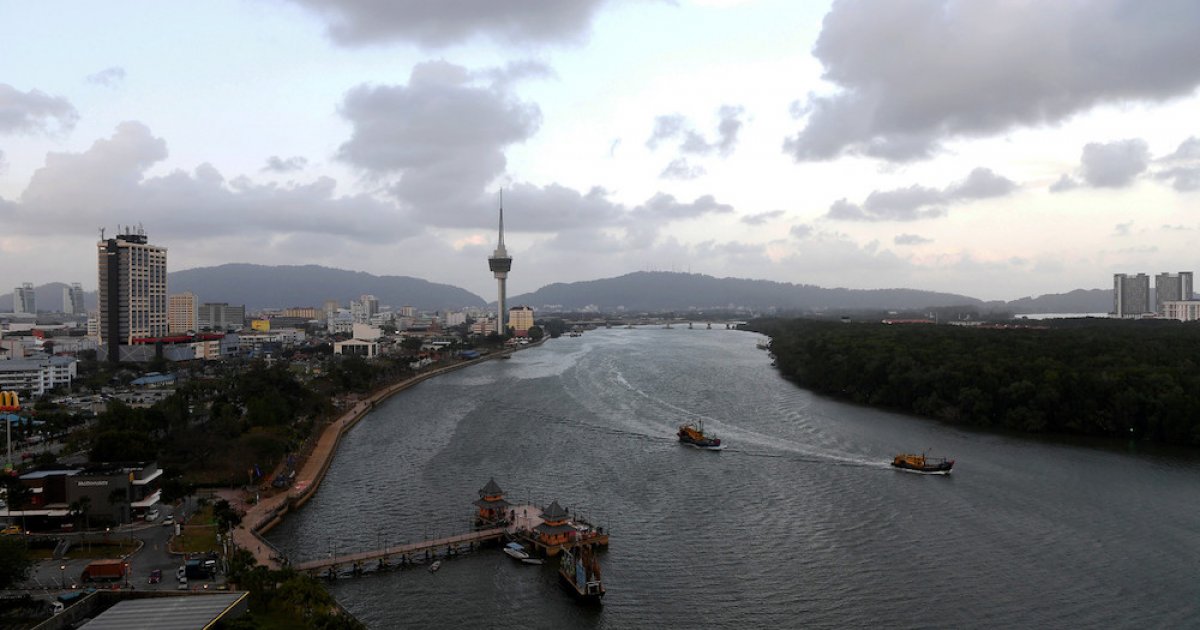 His Majesty performed the opening through a video recording played on a giant screen in a ceremony held at the grounds of Menara Kuantan 188, in compliance with the standard operating procedures (SOP) of the Conditional Movement Control Order (CMCO) in Pahang.

Al-Sultan Abdullah expressed gratitude for being able to witness the historic moment for Pahang, and reminded the people to continue to adhere to the new normal during the Covid-19 pandemic.

“Allow me to advise the people to always adopt the new norms, and comply with the government’s recommendations as we face the Covid-19 pandemic that is currently plaguing the country.

“The Raja Permaisuri Agong Tunku Hajah Azizah Aminah Maimunah Iskandariah and I always pray that the people are spared from misfortune and remain under the protection of Allah,” said His Majesty.

Al-Sultan Abdullah was represented at the ceremony by his son, the Regent of Pahang Tengku Hassanal Ibrahim Alam Shah who also visited the observation deck which offers a 360-degree view of Kuantan city from a height of 92 meters.

Tengku Hassanal also witnessed the procession of 11 decorated boats by Federal and state government agencies, security forces and local authorities (PBT) along the Kuantan River, located next to Menara Kuantan 188.

The tower, located by the Kuantan river is part of a series of developments to enhance the Kuantan Waterfront which is being developed as a tourist destination.

Among other components of the project are the Kuantan Esplanade, Mercu Junjung Duli, Laman Teruntum and Serambi Teruntum, aimed to serve as a one-stop centre for small and medium enterprise products produced by Pahang entrepreneurs.

Meanwhile, Baidzawi in a media statement said the Kuantan Waterfront project is part of ECERDC’s overall strategy in boosting the tourism sector in the state, besides attracting investments to create socio-economic spillovers for the benefit of local people.

“ECERDC will continue to work closely with the state government and related parties in ensuring that the high-impact projects and activities implemented can bring about positive impact, as well as balanced and inclusive growth for the public,” he said.

Meanwhile, the construction of the 451-metre-long Jambatan Putra is expected to help reduce congestion on the current bridge that connects Tanjung Lumpur to Kuantan city. — Bernama