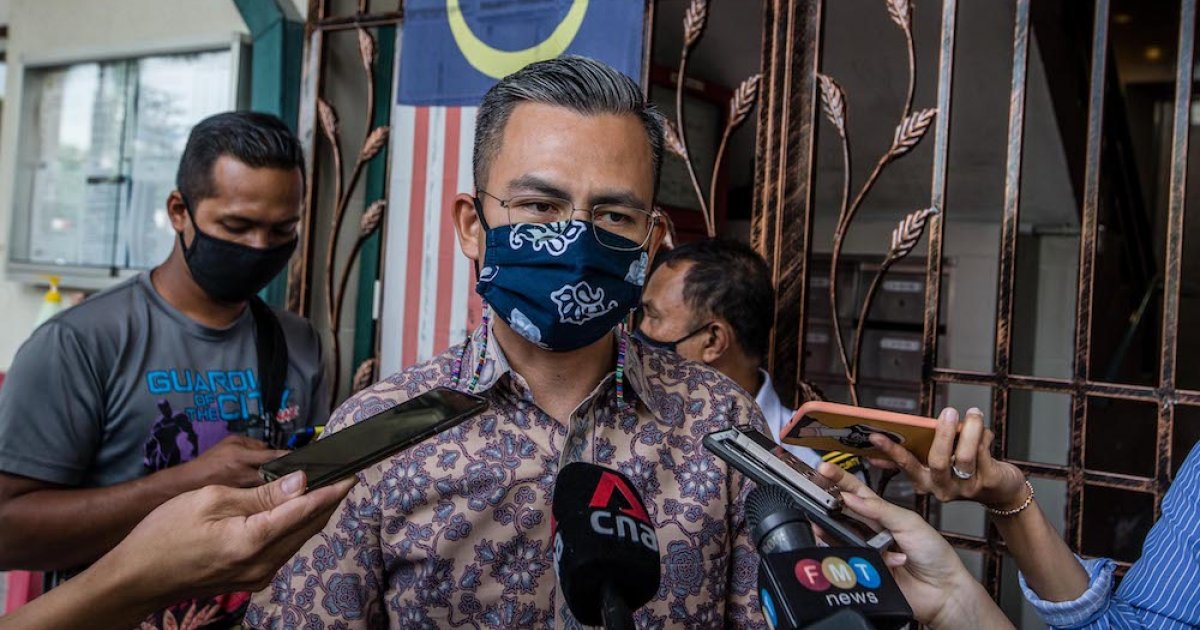 He said there have been many other incidents where vague or contradictory policies were made which added to the cycle of confusion, not only for regular joes but also law enforcers, causing unnecessary anxiety and fear under Emergency rule when people were struggling to make ends meet.

“Generally what we are seeing is confusion, but this is not limited to restaurants, eateries and such. We see that often, the SOPs are written in such a way that key stakeholders in specific sectors or areas are not given proper briefings on what exactly is meant,” Fahmi told Malay Mail when contacted yesterday.

He was weighing in on the confusion faced by restaurateurs along Jalan Telawi in Bangsar who were told they could not serve alcoholic drinks during a police inspection last Friday.

The police officers had touted regulations under Prevention and Control of Infectious Diseases Act 1988, warning both restaurateurs and diners that they each risked being fined RM1,000.

The authorities have maintained a wall of silence since then, leaving business operators in limbo even as those in the industry scoured the latest government prohibition lists issued by the National Security Council (NSC) and found no mention of a ban on selling alcohol in licensed premises.

“If you remember what happened when the Chinese New Year SOPs were announced, I think that is another signal that the administration is detached from what is happening on the ground, causing a lot of confusion and a lot of unhappiness,” Fahmi said.

He recalled the NSC’s ban on the customary reunion dinners for Chinese families, which was partially lifted only after much public criticism.

“I think when the police themselves say that some 100,000 personnel are confused about SOPs and compounds, I think more than anything else, that goes to show those who come out with the SOPs need to do a reality check and engage with stakeholders. Engage with reality,” Fahmi added.

He said that in the latest Bangsar bungle, the right authority in charge is the Kuala Lumpur City Hall (DBKL), which has yet to issue a public statement.

The PKR lawmaker urged the NSC to hold regular meetings with the police, the local authorities, and industry representatives where questions could be asked and answered before any new rules are made.

“In that way, you will get a situation where at least in a formal meeting, any issues or questions raised can be addressed directly by those who put together the SOPs. Even if it’s not under the preview of the NSC, then the respective implementation agencies can address them still.

Federal Territories Minister Tan Sri Annuar Musa promised to look into the alcoholic sale confusion when contacted yesterday as DBKL is under his jurisdiction.

The Restaurant and Pub Owners Association (PPRB) also called for a dialogue with DBKL, the police, and the NSC yesterday, saying that members were not trying to flout the law but needed clarity on how they can continue to run their businesses during the MCO and after that.

A senior official from Bukit Aman has also admitted that many rank and file policemen were confused on how they were to enforce the law due to the evolving rules and regulations of the various phases of the MCO applied on different areas.

Earlier this month, Malay weekly Mingguan Malaysia reported Datuk Seri Abd Rahim Jaafar, director of the Department of Internal Security and Public Order, saying some 100,000 police personnel as well as enforcers from other agencies have varying interpretations of the SOPs, which has led to dissatisfaction from Malaysians issued compound notices as a result.