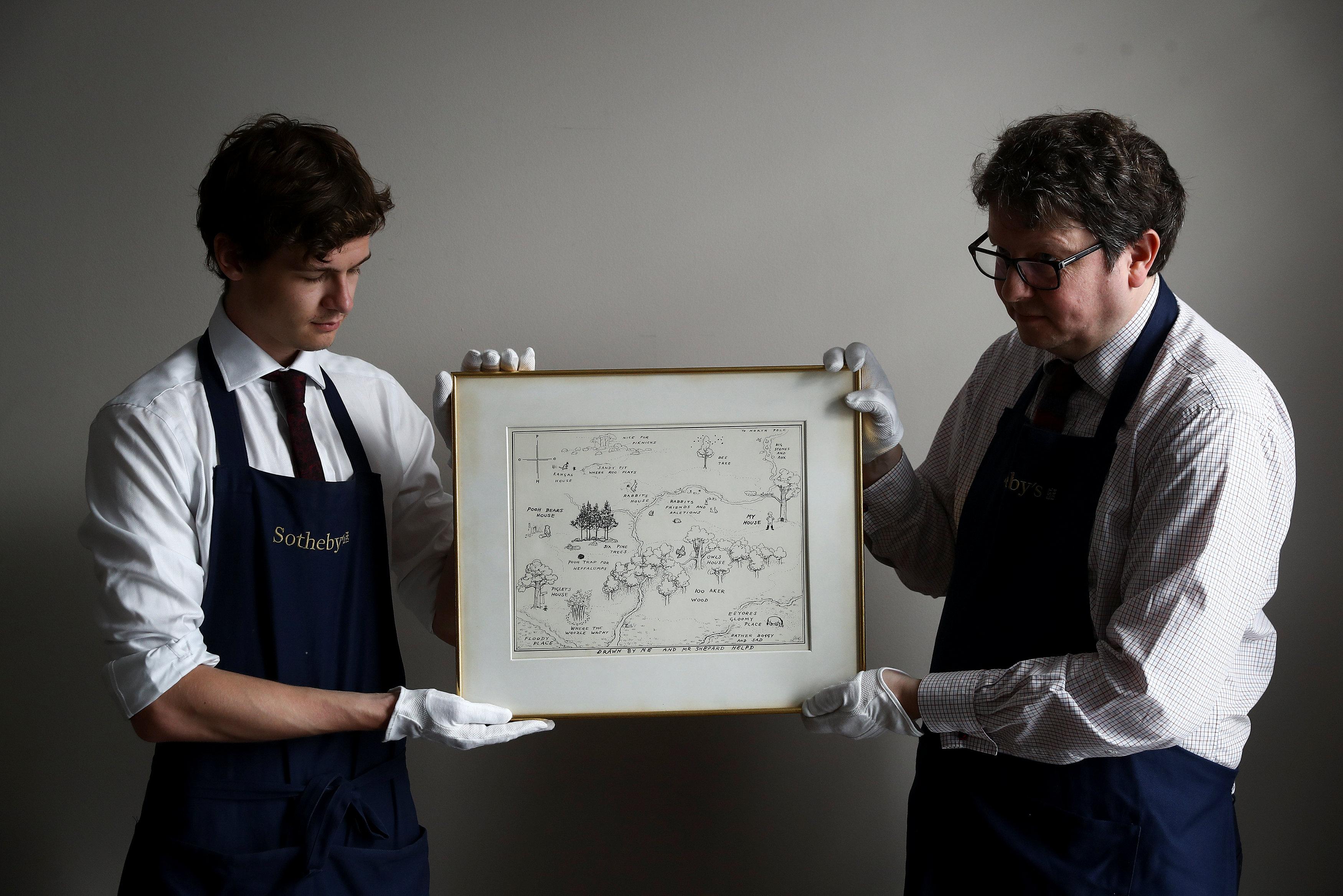 LONDON (Reuters) – The original map of the Hundred Acre Wood from the Winnie-the-Pooh children’s stories is set to go under the hammer, with an estimate price tag of up to $200,000.

“It’s such a valuable piece because it’s such an obvious entry into the world of Winnie-the-Pooh,” Philip Errington, book and illustrations senior specialist at auction house Sotheby’s, said.

“It’s there as you open the book of the first edition, it’s there on the end papers. It’s also there in the Disney cartoon,” he added, referring to the 1966 “Winnie the Pooh and the Honey Tree” film.

Four other Winnie-the-Pooh illustrations by Shepard are also being offered, including one of Christopher Robin and Pooh walking to say goodbye, as in Milne’s ending in “The House at Pooh Corner”. ($1 = 0.7504 pounds)