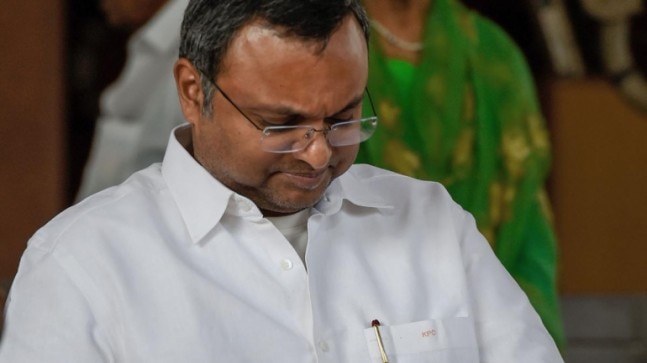 The Supreme Court on Friday gave permission to Karti Chidambaram to go abroad for two weeks for attending a tennis tournament.

Karti Chidambaram had submitted in the court that he wished to travel abroad, including France and London, for a tennis tournament. While giving Karti permission on Friday, the Supreme Court ordered him to deposit Rs 10 crore as surety with the SC registry.

Supreme Court allows Karti Chidambaram to travel abroad, including France and London, for attending a tennis tournament and asked him to deposit Rs 10 crores with the Apex Court registry. (file pic) pic.twitter.com/oXQzlVsyxF

Apart from politics, Karti Chidambaram is a tennis enthusiast who has even served as the Vice President of All India Tennis Association (AITA).

Also watch | After over 100 days in jail, P Chidambaram gets bail